Current and future retail demand and supply on the basis of gross leasing area. Retail mall categories along with their annual rental rates have also been presented in the report. In addition, current and future supply gap along with upcoming retail projects have also been showcased in the report. This report will help industry consultants, real estate and construction companies, potential entrants and other stakeholders to align their market centric strategies according to the ongoing and expected trends in the future.

Introduction
Evolution of the retail sector has transformed the Kingdom’s landscape from small unorganized retail outlets and line shops to the development of large scale shopping malls with international brands, entertainment zones and world class hypermarkets. The primary reason for this trend is because retailers have realized the higher footfall from regional and super regional malls as a result of integrated spaces and shift in consumer shopping experience towards leisure and entertainment.

Retail Mall Categories
The retail real estate market in Riyadh comprises of various small and large scale developmental projects. Retail mall categories comprise of regional, super regional and community centers. Super regional and regional malls accounted for nearly ~% of the overall retail supply in Riyadh during 2016. Conversely, community centers comprise of standalone retail outlets, supermarket and hypermarket and have accounted for ~% of overall retail supply in the city during 2016.

Future Retail Demand and Supply
The total retail supply in Riyadh is estimated to incline to ~ thousand Sq M of GLA by 2021 from thousand Sq M during 2016, registering a CAGR of ~% during the same period. Conversely, retail demand is projected to augment from ~ thousand Sq M during 2016 to ~ thousand Sq M of occupied space by 2021, achieving a CAGR of ~% during the same period. Saudi Vision 2030 with respect to feminization in the retail sector has targeted women participation in the workforce to increase from the current 22% to 30%. Increased female participation in the retail sector will positively impact and will lead to increased number of female owned businesses coupled with higher spending power. Increasing retail supply along with a slow conversion rate is expected to cause retail oversupply to reach ~ thousand Sq M. of gross leasing area by 2021. 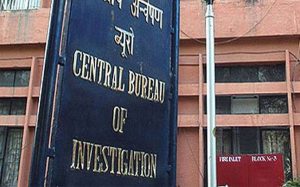 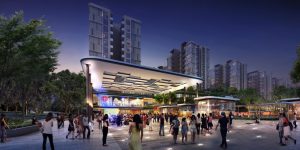