Extensive Customer Base Coupled with Rising Disposable Income in India and China to Foster Growth” provides a comprehensive analysis of nutraceuticals market in Asia-Pacific region. The report focuses on overall market size for Asia Pacific nutraceuticals market, market segmentation on the basis of Dietary Supplements, Functional Foods and Beverages, sub-segmentations on the basis of Dietary Supplements by Type of Supplements, Functional Foods and Beverages by Food Category and market segmentation by countries (China, Japan, India, Australia, Korea, Thailand, Vietnam).

The report also covers competitive landscape and market share of major players in nutraceuticals market, countries’ import and export scenario, major government regulations and future projections for nutraceuticals market in each country. The report concludes with market projection for future and analyst recommendation highlighting the major opportunities and cautions.

Asia Pacific Nutraceuticals Market
Asia Pacific nutraceuticals market has been recorded as USD ~ million in 2011 and USD ~ million in year 2016, exhibiting growth at a CAGR of ~ % during the period. The changing lifestyles and increasing preferences towards healthy style of eating are acting as major driving forces for Asia Pacific nutraceuticals market. The changing lifestyle which includes excessive consumption of junk food, smoking and alcohol has resulted in imbalance in nutritional requirements, leading to high demand for nutraceuticals in the region. In addition to that, people in Asia Pacific region have diverted their attention towards preventive healthcare rather than curative healthcare, which requires regular consumption of dietary supplements and functional foods to improve immune system against diseases.

By Dietary Supplements, and Functional Foods and Beverages

Functional foods and beverages segment dominated the Asia Pacific nutraceuticals market with revenue share worth ~% by the year ending 2016. Increasing consumer awareness about health and fitness in the Asia Pacific region is a major driving force which has boosted the demand for functional foods and beverages market. Additionally, elevating consumption of processed food in developing economies such as India and China and rising GDP, which allows users to purchase expensive functional foods and beverages, is further assisting the segment to generate high revenue. On the other hand, dietary supplements have been observed to capture remaining share of the market with growth recorded at a CAGR of ~% in between 2011 and 2016. Increased consumption of junk food, smoking and alcohol has resulted in deficiency of various nutrients in the bodies of Asian people, which has resulting in various lifestyle diseases which majorly includes cardiac disorder, obesity, and diabetes. As a preventive measure of these diseases and for management purpose, doctors in the region are highly prescribing nutraceuticals for completing nutritional requirement of the body and for improvisation of immune system, hence driving the market.

Dietary Supplements Segmentation by Type of Supplements
Vitamins and minerals dominated the market with revenue share of ~% in 2016, driven by rising health consciousness among the ageing population and high incidence rate of vitamin deficiency in the region. The herbal supplements market followed vitamins and minerals with revenue share of ~% in 2016 and is witnessed to showcase a high growth, supported by the fact that many herbal companies are strongly promoting their products for beauty enhancement and health improvement. Korea Ginseng is major example of the same. However, rising prevalence of digestive disorders owing to increased consumption of junk food has resulted in high demand for probiotics in the region, with segment recording growth at a CAGR of ~% in between 2011 and 2016.

Functional Foods and Beverages Market Segmentation by Food Category
Health segment dominated the functional food and beverages market with a revenue share worth ~% in Asia-Pacific functional foods and beverages market in year 2016. Rising health consciousness among the Asia-Pacific countries is urging the manufacturers of functional foods to meet the transforming demand of growing nutrition. Manufacturers are introducing functional fortified foods for specific target audience which is helping them in generating extra revenue from the segment. The example of this can be omega 3 fortified foods for heart health problems. The digestive segment followed health functional foods and beverages market by capturing revenue share worth ~% of Asia Pacific region in 2016. It has been witnessed that the segment is continuously growing at a CAGR of ~% for the projected period of six years from 2011 to 2016 majorly due to rising prevalence of digestive disorders in the region.

China dominated the Asia Pacific nutraceuticals industry by grabbing revenue share worth ~% of the overall market by the year ending 2016 majorly due to growing and increasing consumer demand for natural/herbal products that promote healthy living lifestyle and for treating diseases. Additionally, the large presence of customer base in the country coupled with rising disposable income to purchase expensive nutraceuticals is further driving the market in the country. Japan followed China in the Asia Pacific nutraceuticals market by capturing revenue share worth ~% of the overall market in 2016 which is backed by growing demand for joint health and weight loss supplements such as konnyaku, non-caloric fiber for weight loss in the country. Other major countries in the region, India and Australia captured revenue share of worth ~% and ~% in the total market in year 2016 respectively.

Asia Pacific nutraceuticals market is expected to showcase growth at a CAGR of ~% during the forecast period of four years from 2016 to 2019 owning to the rising demand of dietary supplements in various countries such as China, Japan and Korea and increasing lifestyle shift of consumers towards preventive therapies. Rising disposable income coupled with growing knowledge and awareness about health and fitness are also witnessed as some of the major driving forces for expanding nutraceuticals demand in Asia Pacific countries. Rising population in various countries including India and China, which has provided huge customer base in the region to the market players operating in the market is expected to further assist the companies generate high revenue during the forecast period. The dietary supplements market in Asia Pacific region is expected to grow at a CAGR of ~% for the projected period of six years from 2016 to 2021 majorly due to high sale of vitamins and minerals, containing micronutrients which are intended to aid human body function smoothly and enhance mental health. 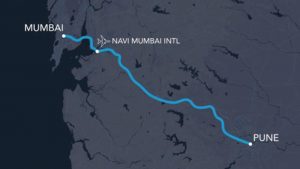