How Car Finance Market Is Positioned In UAE?
The United Arab Emirates is the second-largest automotive market including cars, parts and accessories, trailers and semi-trailers, trucks, public transport vehicles, and tractors in the GCC after Saudi Arabia. Passenger cars account for approximately ~% of the UAE automotive market, with commercial vehicles such as trucks, vans and buses accounting for the remaining ~%. Owing to low car prices, well constructed highways, and most importantly the low fuel prices and easy availability of car finance, owning a car is relatively easier in UAE.
UAE’s financing methods are different from the conventional methods of financing. Majority of the banks and finance companies follow the Sharia system which does not include the concept of interest. Until May 2011, the customers were eligible for 100% loan on cars; a system of down payment did not exist for car loans.
In May 2011, the government, as a reform to tighten car financing, introduced the system of down payment. From then, the customers can obtain ~% of the cost as loan and ~% of the cost is mandated to be paid as down payment by them.
During the review period, 2011-2016, the market has displayed a decent growth until 2015, but by the end of 2015 the market started declining. A fall in the credit disbursement had been observed during 2016 that was resulted out of the falling oil prices, increasing loan rejection rates, stringent lending policies adopted by the banks due to the piling up of non-performing loans and other such factors. However, upcoming trends such as increased demand of electric vehicles, growth of used car market and others are expected to enable the market recover in the coming years.
What Are The Major Trends And Issues In UAE Car Finance Market?
From the past few years, the demand for used cars is rising in the country. In 2014, the market for used cars has increased by ~% due to which it is estimated that the used car market will overtake the new car market in the next ten years. The used car market of UAE is worth nearly USD ~ billion as of 2016.
The introduction of quotas for hybrid cars in government vehicle fleets, coupled with campaigns aimed at encouraging Dubai’s motorists to switch to environment friendly cars, is expected to open up new markets for the sector. Recently, the government of Dubai has decided that, 10% of all new vehicles bought by the Dubai government will be electric cars with a motive to reduce emissions by 16%, by the end of 2020.
The rising rate of non-performing loans has induced the Central Bank of UAE to appoint an assessor of individual and corporate credit worthiness named Al Etihad Credit Bureau in 2014. The introduction of consumer credit data from the bureau has led to more cautious lending policies. This has increased the rejection rates of loans in the country thereby impacting the credit disbursed for car loans.
What Is The Future Outlook For UAE Car Finance Market?
The market is expected to recover during the forecast period from the fall that was observed towards the end of the review period. It is anticipated that the car finance market in the country will grow at a CAGR of ~% during the forecast period 2017-2021. The recovery is presumed to be at a slow pace due to various factors such as low deposit rates prevailing in the market and high rate of non-performing loans compelling the banks to consolidate their existing activities rather focusing on growth. Moreover, the impact of credit reports made available by the credit bureau is expected to raise the loan rejection rates.
However, a growth is expected to be observed in the market even in the midst of all the aforementioned factors, which will be supported by an increased number of bundled offerings, new innovative strategies adopted by the banks and dealers and other entities. In accordance with the current trend, the used car penetration is displaying a consistent lift. Hence, it is anticipated that a rise in the demand for used car serve as a driving force for the proliferation of car finance market.
Companies Cited In the Report
List of Companies Companies Covered in the Report
Mashreq Bank
Dubai Islamic Bank
Emirates Islamic Bank Major Players in UAE Car Finance Market
Al Hilal Bank
Emirates NBD
Al Wifaq Finance
Finance House
Key Factors Considered In the Report
UAE Car Loan Industry
NBAD UAE Auto Finance
Used Car Sales in the UAE
Financing a Used car in UAE
Compare Auto Loans in the UAE
Car Financing Option in UAE
Vehicle Financing in the UAE
Used Car Financing in the UAE
For more coverage click on the link below:
https://www.kenresearch.com/banking-financial-services-and-insurance/loans-and-advances/uae-car-finance-market/110143-93.html
Related Reports by Ken Research
https://www.kenresearch.com/banking-financial-services-and-insurance/loans-and-advances/india-car-finance-market-report/679-93.html
https://www.kenresearch.com/automotive-transportation-and-warehousing/automotive-and-automotive-components/indonesia-used-car-report/79410-100.html
https://www.kenresearch.com/automotive-transportation-and-warehousing/automotive-and-automotive-components/india-used-car-2015-edition/654-100.html
Contact:
Ken Research
Ankur Gupta, Head Marketing & Communications
query@kenresearch.com
1244230204 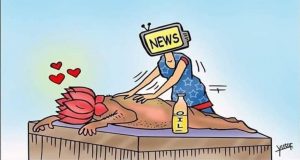 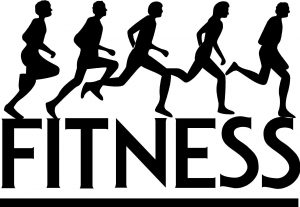