The overall LED lighting market of the US is expected to generate revenue of USD 23.6 billion by 2021 by growing at an expected 5 year CAGR of 25.7%. The US, being considered as the most developed country of the world has witnessed a positive change in terms of energy saving programs. The Federal Energy Management Program (FEMP) of the US government helps organizations and agencies in achieving their energy related goals and requirements along with the reduction of greenhouse effects. Many NGOs have tied up with the government to make people aware about the energy conservation techniques, out of which using LEDs is one such way. LED lights are considered to be 80% more efficient than regular lighting methods used by people.

Since they are expensive, they are often offered at subsidized prices with other benefits so that the people can afford and switch to low energy consumption techniques. For instance, corporate tax incentives are provided to the companies in Kentucky if they use LED lights in their offices. People of the US are connected with various organizations to make them aware about the ways in which they can reduce their energy consumption. This has been a significant trend wherein both LED manufacturing companies and the government are trying to make people know about the positive impacts of using these lights over traditional means. In order to make people aware, the government has also adopted to use LED lights for street lighting purposes. This builds trust among people that the lights are safe and energy efficient as the government is also using the similar technology

The US and many countries in the European Union have instituted plans to institute, government regulations and programs designed to encourage or mandate increased energy efficiency in lighting. These actions include in certain cases banning the sale after specified dates of certain forms of incandescent lighting, which is advancing the adoption of more energy efficient lighting solutions such as LEDs. In addition, the growing demand for electricity is increasingly driving utilities and governmental agencies to provide financial incentives such as rebates for energy efficient lighting technologies in an effort to mitigate the need for investments in new electricity generation capacity.

Despite the efforts of government and LED manufacturing companies to shift people from traditional lighting to energy saving LED lights, there still has been a low penetration of LED lighting techniques in the US according to Research Analyst at Ken Research. The overall electricity market is driven by the ongoing ways of fluorescent lights wherein the market players in the LED manufacturing sector are trying to penetrate the market by making people aware about the benefits associated with using such lights. Low penetration of each type of LED light in the market is considered to be the most crucial challenge in the industry.

Key Topics Covered in the Report:

For more coverage click on the link below:
kenresearch.com/consumer-products-and-retail/consumer-electronics/us-led-lighting-market-report/96117-95.html 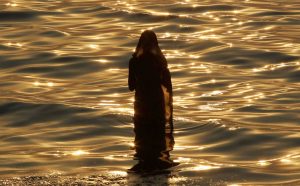