The report titled “US LED Lighting Market Outlook to 2021- Demand for Energy Efficient Lighting and Government Initiatives to Lighten the Future” provides a comprehensive analysis of LED Lighting market in US. The report focuses on various aspects such as market size of US LED lighting industry by revenue generated and production volume and market segmentation by lamps, bulbs, luminiaries, by utility and by distribution channels. The report covers a detailed overview on trade scenario for Light emitting diodes of US with other countries. The report also describes about major trends and developments, issues and challenges and government role and initiatives that have influenced the market to a large extent. This publication helps the readers to understand the cost analysis for LED Lighting in US as well as recent technologies related to US LED Lighting. Competition prevailing in the sector along with detailed company profiles has been thoroughly covered in the report. The report concludes with market projection for future and analyst recommendation highlighting the major opportunities and cautions.
LED Lighting Market in US
The LED lighting market of the US has witnessed a rapid growth over the recent past. Technological advancements in the market have been the major reason responsible for growing product lines of LED lights in the country. The growing concern among the population about the amount of heat emitted by traditional fluorescent lights has made people shift to more energy saving resources, thereby expanding the overall size of LED lighting market in the country from USD ~ million in 2011 to USD ~ million during 2016.
Market Segmentation
By Type of LED: Lower initial cost and ease of installation of LED lamps have made lamps to dominate the market, contributing ~% of the revenue to the total revenues of US LED market in 2016. LED luminaires have been successful in driving the overall LED lighting market of the US by increasing their revenue share from ~% in 2014 to ~% in 2016. The traditional use of incandescent bulbs has been replaced by the use of LED reflectors, contributing revenue share of ~% to the overall market from the sale of LED lamps. LED tubes and other LEDs typically including simple bulbs contributed ~% and ~% share to the revenues of LED lamps in the US. LED luminaires which include downlights, troffers, roadway fixtures, outdoor area lights and other luminaires generated revenues worth USD ~ million, USD ~ million, USD ~ million, USD ~ million and USD ~ million revenues respectively in the LED lighting market of the US during 2016.
By Application of LED Lights: The increased demand for directional LEDs by shopping malls to showcase their products and their use in flood lights, made this segment dominate the LED market with revenue share of ~% in the overall sales of LED lights during 2016. Following directional LEDs, A-Type LEDs generated revenue of USD ~ million in 2016. LED linear fixtures and building exteriors contributed ~% and ~% of the revenues respectively in 2016. The dimming requirements and high color quality provided by decorative LEDs has enabled the segment to garner revenues worth USD ~ million during 2016. Further, LED for parking garage, Roadway LED, Small Directional LED, Parking lot LED and High/Low Bay LED contributed ~%, ~%, ~%, ~% and ~% respectively to the total revenues of LED lights in 2016.
By Usage (Indoor LEDs and Outdoor LEDs): Outdoor LEDs have contributed ~% to the revenues of LED lights in 2016. Indoor LEDs which are used in commercial, residential and industrial sector have contributed ~%, ~% and ~% share to the total sales of indoor LED lights in the US during 2016. Outdoor LEDs that are used in building exteriors, parking garage, roadway and parking lots contributed ~%, ~%, ~% and ~% share in revenues during 2016
Competitive Landscape
US LED lighting market is highly concentrated with the presence of few leading lighting manufacturers in the country. Since the sector requires large amount of capital to be invested, this has inhibited the emergence of several companies in the space. Frequent introduction of new LED products, rapid changes in technology, changing customer requirements, short product life cycles and prices of similar technology by various companies are common platforms on which the competition prevails in the overall lighting market of the US. Lighting companies such as Cree, Acuity brands, Copper Lighting division of Eaton Corporation, general electric company, Hubbell Incorporated, Philips and Osram are the major competitors in the market.
Future Analysis and Projections
The US LED lighting market is expected to grow at a robust CAGR of ~% from 2016 to 2021 owing to rising number of market players, increasing awareness about online energy saving lights among customers, and growing efforts of government to shift customers towards LED lights. The LED lighting market will witness launch of innovative LED products being introduced in the market which will lead to an increase in demand by the population, thus making the LED industry contribute a larger share to the total economy.
Key Topics Covered in the Report:
Overview and Genesis for the US LED Lighting Market
Comparative Analysis for the US LED Lighting Market with Global Market
US LED Lighting Market Value Chain Analysis
US LED Lighting Market Size, 2011-2016
US LED Light Market Segmentation
Trade Scenario for the US LED Lighting Market
Cost Analysis for LED Lighting in the US Market
Decision Making Process before Purchasing LED Lighting in the US Market
Trends and Developments in the US LED Lighting Market
Issues and Challenges in US LED Lighting Market
SWOT Analysis for the US LED Lighting Market
Recent Technologies in US LED Lighting Market
Manufacturing Clusters for LED and Component Manufacturers in the US
Government Initiatives and Regulations in the US LED Lighting Market
Competitive Scenario in US LED Lighting Market
Competitive Landscape of Major Players in US LED Lighting Market
US LED Lighting Market Future Outlook and Projections
Macroeconomic Indicators Affecting US LED Lighting Market
For more coverage click on the link below:
https://www.kenresearch.com/consumer-products-and-retail/consumer-electronics/us-led-lighting-market-report/96117-95.html
Related Reports
https://www.kenresearch.com/consumer-products-and-retail/consumer-electronics/south-korea-led-lighting-market-research-report/532-95.html
https://www.kenresearch.com/energy-and-utilities/power/india-led-lighting-market-research-report/617-103.html
Contact Us:
Ken Research
Ankur Gupta, Head Marketing & Communications
Ankur@kenresearch.com
9015378249

Strong Demand from the Emerging Middle Class Population and Steady Rise in the Number of Online Retailers Have Boosted Demand for Organic Food in China: Ken Research 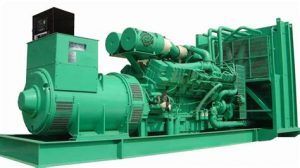