Report on the growth estimates of Film Camera Industry, in the global market named as, “Global Film Camera Industry Situation and Prospects Research report 2017″. The report evaluates the global trends and growth prospects of the film camera industry. The provided in-depth analysis has been complemented with the integrity of knowledge and the comprehensiveness of contents, which is further guaranteed to be of professional help to even the industry insiders or investors with the opportunity of new and feasible projects to be assessed.

Industry Outlook
The film camera industry lately has made a global resurgence, subjugating may social media platforms of its yet feeble but strong existence, for instance, on Instagram, it has been thriving with the hashtag #filmisnotdead, and creating a tsunami of trends within the indie and hipster communities. The film cameras by definition, is a chemical emulsion on a plastic substrate that is sensitive to light and exposes photographic film to light in order to take a picture. It has been in use since the late 1800s. They can also be defined as analog cameras which when exposed forms an analogous image of the scene.

There are specialties of film cameras available in the market depending on their size, quality, specifications, etc. The film camera market has witnessed considerable decline since the past few years starting from the Great Recession period of 2009, where the economy went down to significant depths.
Owing to the tragedy in Japan, the market for DSLR film cameras has went down the drain because of the steady increase of the current models and many of them becoming sparse, giving lease opportunities to the film cameras to be backed up in the market again. The photography market is expected to witness phenomenal growth in the developing markets of India and China due to the increment of the earning capacity of the consumers. Moreover, the Japanese economy is expected to spend comprehensively on the R&D of the camera products and on the new innovations.

The market segmentation has been typified based on the product size, product type and application. The product type is inclusive of 35mm, Advantix, 120, 220 and the larger 4×5 and 8×10 formats. It can be further segmented on the basis of consumer segment, varied price ranges such as premium, mid-size, and low price range, and as well as on the basis of distribution channel which are inclusive of multi brand, single brand and online store. Film movie cameras capture consecutive images (frames) on 8mm, 16mm and 35mm film.

Acquainted with the fact that the world economy enlarged by just 2.2 per cent in the year 2016, and is anticipated to further extend by only 2.7 per cent in 2017 and reach till 2.9 per cent in 2018, it can be concluded that the market is witnessing a stagnant growth, connoting a state of economic stabilization instead of robust revival of the global demand. Moreover, the correspondence between the demand, investment, trade and productivity may lead to the self- perpetuation of the Film camera industry supported with the weak global growth.

Drivers and Constraints
With the increasingly popular and kind of a hybrid marriage between the analog and the digital, pixels and rolls, Light room and darkrooms, has led to the beginning of a potentially interesting trend. Although the film is not dead, but there have certainly been some utter concerns about the development of the industry with the consumers expressing their lasting commitment to the traditional format through mobile apps’ language. Some of the significant drivers identified behind the stagnant growth of the film camera market are low penetration, increasing disposable income, increasing social media, increasing tourism, and increasing advertising.

Despite the decent growth, major photo companies have experienced harsh setbacks in film product sales – particularly in color – with a dramatic impact on production triggering a domino effect that has ultimately fallen on customers. The use of substitute products like mobile cameras, technological advancements like mirror-less camera, 3D camera and increased functionality like GPS, Bluetooth, Wi-Fi etc., are acting as restraint to growth. The Film Camera Wholesaling industry is further anticipated to contract over the next few years, characterized by an ongoing trend of consolidation and facility closures, as well as an annualized decrease in the industry’s contribution to the overall economy (IVA). The innovation of the digital photography and the introduction of the iPhone and other camera equipped smart phones, have additionally aided to the film cameras being substituted by them.

The significant market players identified to help push the sales of the product include Canon, CONTAX, Fujifilm, Hasselblad, Holga, Kodak, Konica Minolta, Leica, Lomography, Mamiya, Nikon, Olympus, Pentax, Polaroid and Rollei. These companies are further focusing on the innovative development of the product and of new ways to bring in the trend of film photography back.

For more coverage click on the link below:
kenresearch.com/consumer-products-and-retail/consumer-electronics/film-camera-prospects/86831-95.html 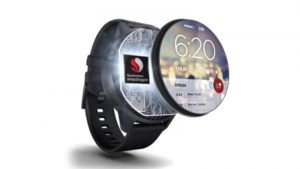 What is astrology and how to use it for a better life? Astrologer, Numerologist, and Gemologist! 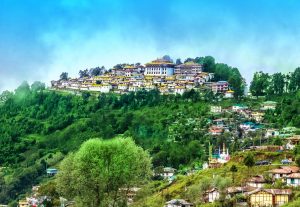 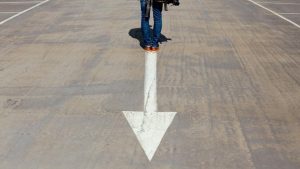