How Logistics & Warehousing Market Is Positioned in Qatar? The resurgence of the global economy from the meltdown in 2009 continued to emerge through 2011 and 2012, albeit at a sluggish pace. Logistics providers with strong infrastructure, efficient organization and processes benefited from the improving business climate and were resilient in challenging times. It was observed that the opportunities were arising in different regions and products owing to the improvements in the business climates; there was still a large pressure on the profit margins of even the largest players in the market. This was due to the fierce competition with large number of players trying to advantage from the growing opportunities.

The growth in contract and express logistics lead the industry during 2015-2016. The market for logistics and warehousing increased to USD ~ billion by 2016. The period 2015-2016 has been the period of adjustments with fluctuating oil prices and reduced investments. Even though, there has been a fall in oil and gas projects for the logistics providers, the warehousing segment has been on rise with improved warehousing solutions provided by major players such as Bu Sulba Warehousing Park and LVQ. It has also been observed that there has been a concentration in the competitive structure of the market with increase in strategic partnerships such as the one between GWC and UPS in 2015.

How Freight forwarding Market of Qatar is Performing?
Freight Forwarding has been the leading segment of the overall logistics and warehousing market over the past few years. During the period 2011-2013, the freight forwarding segment has increased due to the expanding oil and gas projects along with burgeoning infrastructural developments in the country leading to further development in the market. Retail and FMCG industry in the country has also played an important role in the growth of logistics market in Qatar. These industries demand freight forwarding services for transporting the goods from manufacturing point to the selling point.

The years 2015 and 2016 showcased low growth pace as compared to other years due to a fall in oil and gas projects even when the country remained the largest supplier of natural gas. Major projects were signed with major players such as GWC and GAC as long term contracts, especially in the oil and gas segment of the industry.

Sea freight movement has majorly dominated the market for Logistics in Qatar. High amount of imports and exports in the country has attributed to the increase in the percentage share of sea freight. The rising import and export value from other countries has triggered the demand of sea freight in Qatar.
In terms of domestic and international freight forwarding segmentation, international freight forwarding has largely contributed in the revenues of the industry.

What is the Role of Express Delivery market in Qatar logistics & warehousing industry?
Due to the high cost of express delivery as compared to the normal delivery, the share of express delivery remained low in early stages during 2011-2013. Moreover, the initial express delivery started using the road transport which faced major challenges owing to the border issues. The express industry market has evolved from the delivery of documents and parcels to specialist items such as high-tech products, semiconductors, fabrics and garments as well.

How is the Third party Logistics Market Evolving in Qatar?
Contract logistics in the country has been growing at a tremendous rate in Qatar with contracts being awarded out for freight forwarding and warehousing. During the period from 2011-2013, many major players entered into the space while major growth was brought in by the leading established logistics player which expanded their shares in the market. For an instance during 2011, GWC added a new facility named 33k into contract warehousing which has been the largest third party warehousing facility in Qatar with a ~ square metres.

The third party logistics in the country has grown from a ~% of the market in 2011 to around ~% of the logistics market on the basis of revenues in 2016. The growth has been due to rapidly growing e commerce industry in the country. The ecommerce companies generally prefer to partner with a logistics provider and focus more on their functional area of expertise. Moreover the growth in the third party logistics has also spurred due to the increasing number of contracts offered since more and more corporations have not been able to manage their complex supply chains and hence outsource the contracts to their logistics partners.

For more coverage click on the link below:
kenresearch.com/automotive-transportation-and-warehousing/logistics-and-shipping/qatar-logistics-warehousing-market-report/87939-100.html

Book a Car on Rent from Pune to Your Destination 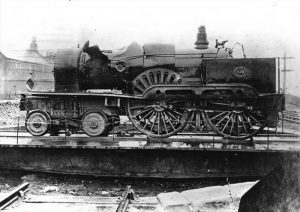 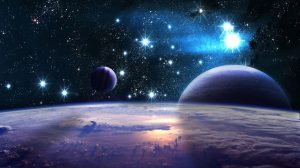