Ken research announced its recent publication on “Consumer and market insights: Meat in Chile”. It provides a comprehensive analysis on the meat market of Chile .The report gives overall market value with growth analysis, the value and growth analysis of each category. Further it gives a detailed account of the leading players of the market, distribution data and packaging data. It also provides consumer level trends and future outlook.
Chile is a South American country occupying a narrow yet long strip of land between Andes and Pacific Ocean. Chile is considered south Asia’s most stable and prosperous economy and is classified among the developed economies of the world. It leads the Latin nations in terms competitiveness, income per capita, low corruption level, globalization and economic freedom. It became the first south Asian nation to join OCED. It ranks 73rd in the world in terms of size of economy and over 50% of its income comes by service sector followed closely by the industrial sector. The stability of the economy is attributed to the sound economic policies made by the government. They has promoted export oriented environment and continued privatization albeit at a slow rate. The government role in economy is mostly limited to as a regulatory authority. The rules for the foreign direct investment are mentioned in foreign investment law which gives the investors same treatment as the Chileans. The nation is strongly committed to promoting foreign trade and signed lots of FTAs with a wide network of countries.
The various attempts by the government to attract FDI hasn’t been very successful as the level of investment generated is not up to the mark and goes mainly in four sectors- electricity, gas , water and mining. Another, drawback in the economic system is the high income inequality. The nation has a mediocre ease of doing business environment.
Chile has a relatively large population as compared to other South American nations but a low population density. The nation is almost completely urban, as in 2015 only 10% people were in rural areas and are declining at a rate of 0.61%. It has also a high net immigration due to vast opportunities it offers. The birth rate as well as the death rate is quite low. The literacy rate is also quite high i.e. over 96%. The population is moderately young as about 10% is above 65 years of age. The nation is in the transition state and is set to become an aging society. Here, with its falling dependency ratio it can immensely benefit from the favorable age structure.
The nation has been able to control its poverty rate but has severe income inequality and ranks among the worst member of OECD. The main reason is unequal access to quality education which intensifies the income inequality problem.
Chilean meat market is expected to grow at a steady rate. The various categories of meat is Ambient Meat, Chilled Raw, Packaged Meat – Processed, Chilled Raw Packaged Meat – Whole Cuts, Cooked Meats – Counter, Cooked Meats – Packaged, Fresh Meat (Counter), Frozen Meat. Among this category Ambient meat is expected to grow at the fastest rate in the time period 2015-2020. Recently, there has been in a rise in the sales of low in fat and Tran’s fat free meat as people are increasingly adopting a healthy lifestyle and the main driver for the market is affluent customers. The leading brands in this segment are Cecinas Llanquihue and La Preferida.
Companies Covered
Halberstadter Wurstchen-und Konservenfabrik GMBH, Hormel Foods Corporation, Conservas del Castillo Ltda. Chile, FAENADORA DE CARNES NUBLE S.A., The Modinger Bros. S.A, Mafrisur, Frima S.A., Agrosuper Sa, Ariztia Ltd, Agricola Don Pollo Ltda., Sopraval, Certified Angus Beef LLC, Cial Alimentos S.A., Productos Fernandez SA, AASA Corporation, Marfrig Group, Socosur Ltda, Faenadora Rosario Ltd 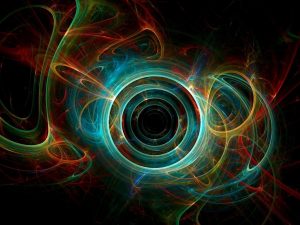 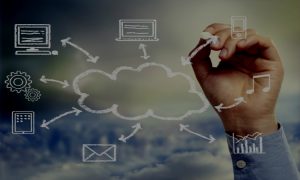 The Global High on Cloud Summit