Ken research announced recent publication on, “Cigarettes in Bulgaria, 2017”. The report gives a detailed understanding of consumption to align your sales and marketing efforts with the latest trends in the market. Identify the areas of growth and opportunities, which will aid effective marketing planning. The differing growth rates in regional product sales drive fundamental shifts in the market. This report provides detailed, authoritative data on this changes-prime intelligence for marketers. Understand the market dynamics and essential data to benchmark your position and to identify where to compete in the future.
Bulgaria has traditionally had one of the highest rates of per capita cigarette consumption. However, the collapse of the duty paid sector since 2009 and the consequent rise in contraband reduced legitimate consumption levels. There has been a trend away from traditional oriental or semi-oriental blends towards American blend and Virginia cigarettes, because of changing consumer tastes and the influx of imported international brands. The true size of the cigarette market and trends in consumption levels had once been extremely difficult to determine accurately due to black market activities, with the overall market size fluctuating according to the affordability of local products and volumes of contraband. There is also a movement towards lighter tastes, particularly towards slim and, latterly, super slim cigarettes.
Bulgaria ranks as one of the medium sized cigarette markets of Central and Eastern Europe and is now an EU member country. It was once a major cigarette producer due to the very substantial export trade that the local tobacco industry developed during the communist years. However, this declined during the 1990s and the country effectively became a self-sufficient producer with minimal imports and erratic and opportunistic exports. Bulgaria will return to a higher timetable for the excise tax on cigarettes in a gradual manner by the beginning of 2018. However, one of the reasons for the step is the “aggressive behaviour” shown by some of the traders in tobacco products threatening the entire market. At the end of 2014 and during the first half of 2015 the Bulgarian government decided to impose stricter controls on the factories and excise warehouses which distribute cigarettes to the local market. State inspectors were put at the exit points of all factories and warehouses and were charged with checking the cargo of all personal vehicles and the luggage of all people leaving the buildings. As a result of this strict control, much larger quantities of cigarettes were officially declared and taxed in 2015 than a year earlier, with illicit sales of cigarettes without banderoles falling significantly. The Bulgarian cigarette industry is fairly consolidated, with only seven manufacturers having a measurable share of sales. The situation in 2015, however, was very different from the beginning of the review period, when the category was almost entirely dominated by Bulgartabac Holding Group, whose monopoly was abolished by the Bulgarian parliament at the beginning of 2005. In 2015, Bulgartabac managed to recover some of its lost sales and increased its volume share, mostly at the expense of its direct competitor Philip Morris. This will result in a “sustainable” increase in prices of cigarettes by January 01, 2018.
Soon Bulgaria will be obliged to introduce the minimum EU excise tax on cigarettes, which is EUR 90 per 1000 pieces. This means prices will go up again as of January 01, 2018. More expensive cigarette brands will be affected by BGN 0.15, while for a pack of more affordable ones the increase will be around BGN 0.10. The overall increase in the sale price would be around BGN 0.20-30 by the end of 2017. The current tax is BGN 70 per 100 pieces, plus 38% of the sale price, but its minimum total value is BGN 161 per 1000. A new timetable for the increase, if adopted, would see a more abrupt increase in the specific tax and a lower ad valorem excise duty, with a minimum threshold of BGN 168.
The “new timetable” was renounced last year in favour of the current one, with critics of the move then arguing it would give an edge to two local cigarette producers. They also insisted EU practices suggested the specific tax – and not the ad valorem duty – should be increased when modifying the excise to base state revenues on the amount of cigarettes sold and not on their market price.
Law enforcement authorities in Madrid and Sofia have unveiled details of a bust some days ago in which 20 Bulgarian citizens, were arrested in connection with three illegal factories illicitly producing millions of euro worth of cigarettes. The cigarettes were made for sale in European Union countries, mainly Belgium, France and the United Kingdom. 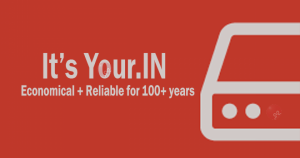