The lake in Survey No 70 of Chunchaghatta village is spread over 20 acres and 31 guntas, but has reduced drastically due to illegal activities. Residents say: “We have been repeatedly urging the authorities to save the lake from encroachment, but they have not paid heed. Are they waiting for a Sarakki-like settlement to come up and later raze it?” In April last year, land grabbers, who had employed 20 trucks and at least three earthmovers, poured tonnes of debris into Chunchaghatta lake to level the land.

Eshwarappa, another activist of PCRW, said the width of the Rajakaluve (feeder canal) of the lake had reduced from 120 feet to just five. The Bengaluru Urban district authorities have turned a blind eye to the encroachment of Chunchaghatta lake in the upstream of Sarakki lake near JP Nagar under Bengaluru South taluk where a temple is all set to come up to protect the unauthorised sheds on the lake bed.While the district authorities are focusing only on Sarakki lake near JP Nagar, they are yet to turn their attention to Chunchaghatta lake.

Kshitij Urs of People’s Campaign for Right to Water (PCRW) said the entire administration was apathetic about Chunchaghatta lake, which is fast disappearing due to unauthorised construction and illegal dumping of soil. It was PCRW’s public interest litigation in the Karnataka High Court which led to the biggest ever demolition drive in Bengaluru at Sarakki lake, where more than 200 buildings were demolished.According to Urs, every day, at least two to three truckloads of debris is dumped into the lake either in the wee hours or late in the night.

Rise in demand of commercial property in Bangalore 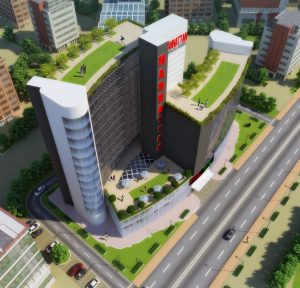 Urbanization and immigration to boost residential construction of Norway

Emaar MGF spreads warmth in the lives of site workers