Japan and priests of the Renkoji Temple repeatedly prodded India to take back the purported ashes of Netaji Subhas Chandra Bose but successive governments in Delhi used diplomacy and token donations to persuade Tokyo to keep the remains, files declassified today have revealed. The files, chronicling the debates within the government and the diplomacy with Japan over Bose’s ashes, were among few documents on the freedom fighter that Indian PM has made public.

According to the files, every government, at least from pre-Emergency administration to new cabinets, had mulled bringing the ashes back amid frequent reminders from the ministry of external affairs, under pressure from the Japanese government and the temple’s authorities. Government notes and cabinet documents show that each of these governments was officially convinced that Bose died in a plane crash in Taiwan in August 1945, as was corroborated by two probes – one by the Nawaz Khan Committee in 1956 and the other by the Justice Khosla Commission in 1974.

The Singh government had rejected the conclusions of the Justice M.K. Mukherjee Commission in 2005, which concluded that it could not be said for sure that the ashes were of Bose. But each Indian administration eventually concluded that bringing the ashes back when some members of the Bose family weren’t convinced that they belonged to him could trigger a political storm best avoided, the documents show.

Government had quietly persuaded Bose’s daughter in Germany, Anita Pfaff, to drop a plan she had to privately test the DNA of the ashes and, if verified as Bose’s, bring them with her to India for a formal cremation. Instead, Indian governments showered praise and donations on the temple, and used deft diplomacy with Japanese governments and leaders to keep the debate under wraps, files kept by the PMO, the home ministry and the foreign office show.

“So long as the ashes are kept in Japan, there is room for a misgiving that the Government of India has not fully accepted the findings of the Shah Nawaz Khan Committee and the Khosla Commission,” then home secretary T.C.A. Srinivasavaradan wrote in a note on November 20, 1977. “Bringing the ashes when some members of Shri Bose’s family and followers of the Forward Bloc are not reconciled to the generally accepted facts, will create some measure of unpleasantness.” Things To Know About Service Tax Amnesty Scheme in India 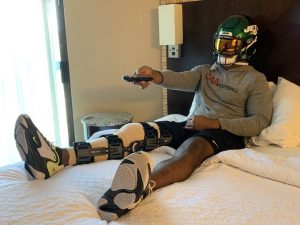 One thought on “A saga of Netaji secret files and brand leverage for new folks!”