I moved to Mexico City 7 years ago. At first, I got around mostly using public transportation and taxis. Then I purchased a used car, and my problems began. My friends had told me corruption with the traffic police was rampant, but I did not understand. One weekend I found out what they were talking about. To control air pollution, Mexico City mandates that older cars like mine stay off the roads one day a week. I did not know that also included one Saturday a month. (Since then, this has doubled to two Saturdays a month.)

One Saturday, I was driving around town to do weekend chores when suddenly a patrol car began trailing me. The flashing lights went on and I pulled to the side of the street and waited for the officer to approach my car window. “You know lady, you violated the Mexico City driver’s code,” the policeman said. “I will have to take the car to the impound lot.” He handed me a copy of the city’s traffic code — which, I acknowledge, I had never read. I looked at the pamphlet and remembered what a friend had once told me: This is the cue the police use to suggest that you insert a currency note between the pages.

I hesitated. Paying off the police isn’t common in the United States, where I’m from, and I had never faced this situation. Should I have the police take my car to some faraway impound lot? I asked if I could pay a fine, but he said no. Afraid of navigating what would surely be a nightmare at the impound lot, I inserted a 200 peso bill — about 13 U. S. dollars — between the traffic code booklet pages, and gave it back to the officer. The policeman told me a code word I could mention if I continued to use the car and got pulled over again — it would tell the other policeman that I’d already paid up.

The interaction left me rattled. I had become part of a corruption problem that impacts almost everyone in Mexico City. Mexico City Mayor Miguel Angel Mancera is leading a crackdown on municipal corruption — that’s the subject of Citiscope’s urban innovation feature this week. That effort is making it harder for government officials to take bribes to speed up building permits and other transactions. But the more casual everyday corruption encounters with Mexico City’s 87,263 police officers, which are more sudden and threatening to people, may be more difficult to stop.

Some of what fuels these practices is archaic penalties that allow officers to make a powerful threat – such as taking a person’s car to the impoundment lot for driving on a Saturday. But the problem is cultural, too. In a Ford Foundation-funded study on corruption and police in Mexico City, residents said there is a symbolic language with police corruption. Everything is respectful. “You cannot mention the corrupt act openly,” said one of those interviewed in the survey. People surveyed also said that if you offer the policeman something less than expected, he gets offended.

Mexico City Police Chief Hiram Almeida Estrada says his department is trying to increase levels of trust between the police and communities. Since last year, the department has introduced more technology to try to keep an eye on officers. “We supervise our personnel,” he says. “We monitor units by GPS and track radios and patrols to understand where the police officers are.” The police department is also processing officers for wrong-doing, referring them to the Attorney General’s office for investigation, something that had not been done for years.

Technology may help. Citizen-driven online sites have sprung up to point out ongoing traffic police abuses. The city also has launched a new smartphone app called Mi Policia. This allows you to call the police if you are in trouble, while creating an electronic record in case there are any problems with corruption. The hope is that by attaching records to these once invisible interactions between police and residents, officers will think twice before asking for a bribe. Soure: citiscope.org 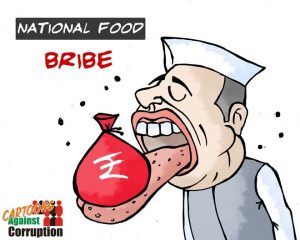 Packaging, faking and selling अफवाह to shoot themselves millions of miles into deep space, while they’ll simply self-destruct midway along with all of this planet’s resources for its own luxurious death event greed. 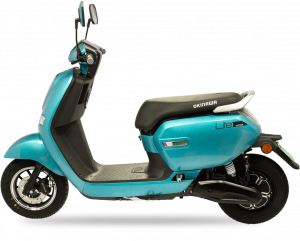 The app comes with a host of features to offer an enhanced, tech enabled experience to the users. The application allows a customer to use Google maps in roads and satellite view to see location of the scooter on the map. Thus, further enabling find my scooter function, that guides directions from phone’s location to scooter’s location. 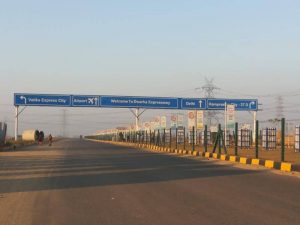 A flyover is opening finally.. will Dwarka Expressway be complete or pushed for more election milking?

After missing four deadlines, the flyover at Bajghera railway crossing is finally ready to be opened for public, which is a part of much talked Dwarka Expressway in NCR promoted as a dream infra project by NHAI to be completed by May 2021. The four-lane flyover, which has been constructed to decongest the crossing, will […]