A three-day film festival, ‘We Care’ was inaugurated at the Apeejay Institute of Mass Communication (AIMC) in Delhi. Every year, “We Care” aims to sensitize students and the society at large towards issues associated with the ‘Differently abled people’ and make them realize that there are special skills which very much make them fit to be called ‘Specially abled people’.

The festival was organised in association with internationally recognised “Brotherhood” NGO and with the support of UNESCO, National Trust, UN Information Centre, This is the sixth consecutive year that AIMC has hosted the festival.

The various films screened were “Tunnel” – an animated film with powerful message of how a blind child is helping normal children to cross a tunnel, “Accsex” – a film which speaks beautifully about the emotions of the disabled women since emotions are not choosy. “Dr. Paw”, a film which deals with dog therapy which does wonders for the disabled. “Fixed”, an International film which gave knowledge of how science and technology is proving to be a great assistance to the disabled. Then there were other movies too like “White Balance”, “Dark”, etc. Two short films – ‘I, Me and Myself’ and ‘Teleprompter’ produced by students of Apeejay Institute of Mass Communication got excellent response from the audience.

Ms Aparna Sanyal who is the film-maker of the movie based on disability- “Drop of sunshine” – shared her thoughts on the making of the movie and the challenges in undertaking such a project. It was truly inspiring to learn that how real life can be portrayed immaculately on the reels.

The festival saw widespread participation from students of various schools and Universities across NCR. A photography exhibition was also organised on the theme.

One of the guests, Mr. George Abraham who is visually impaired proved to be the ‘Man of the moment’ since his story inspired to the hilt. “I am glad I cannot see”..he mentioned this since his disability has propelled him to soar higher and achieve that which is not ordinary. He is the founding chairman of the ‘World Blind Cricket Council’ and the ‘Association of Cricket for the Blind in India’. 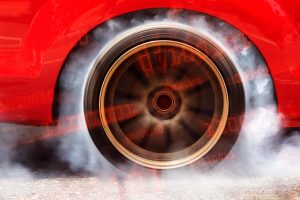