We all know that ‘Dumb Charades’ is a word guessing game and playing it adds a lot of exhilaration to private bashes. The beauty of the game is that one can involve kids, teens or people of all age groups and everyone can have a delightful time.

This game can act as an icebreaker in many situations particularly when a large number of participants are unknown to each other. So, these days we can see Dumb Charades getting played in corporate team outings or family get-together or even at school expeditions.

Dumb Charades involves explaining & identifying the name of ‘a movie’, ‘a personality’, ‘a song or a book’ or ‘a Television Show’ or even famous ‘phrases’ through the means of silent acting. The person playing out the charade is not allowed to talk and is required to act out the name by using different gestures, facial expressions, and a good amount of body language. It is often understood as an acting game, in which one player acts out the hidden word or phrase, often by miming the words as clue to identify the actual

Here the idea is to use physical and sign-language rather than verbal language to convey the meaning to another party. Doesn’t this sound amenable to adaptation in cross-cultural teams, where different team members speak different languages! It can come in handy during counter-terror operations or in crime combat, where teamwork does not have the luxury of voice communication.

Let’s examine Dumb Charades as a Capability Building tool and a recipe for promoting Teamwork. For this we have to observe the rules of the game in detail. Then we may improvise as to how we can have standard templates for any topic that we may want to learn:

1.Choose a theme like names of Business Personalities, Leaders or Management Gurus. You may also choose to have specific topics of management or Product or anything that you can think of. You may play multiple rounds with a different theme in every round. During theme selection, the learning objectives should be laid out and emphasis should also be given for synchronized team-working.

2.Decide upon the time which will be allocated to teams to enact and find out the assigned keyword or topic. Generally sixty seconds is good enough, but you may modify as per your need. Try and reach at a consensus here as this would enhance teamwork.

3.Form two or more teams, each team should have a minimum of two members. The participants are to be divided into two or more teams with adequate diversity. Each team to be tasked to produce a secret word or phrase in line with the business theme given. The secret word or topic is to be guessed by the other team. The Topic or Keyword for guessing is to be written on a piece of paper.

4.The game begins with a bidding process. Bidding starts from sixty seconds or more per act and can go on as per the game-moderator’s feedback.

5.Every team bids and the lowest bidding Team gets the chance to perform. Post the bidding, it is advisable to run a brief introduction of each participant such that all are able to identify each other. This breaks the ice and sets the platform for team bonding.

6.If there are two teams say Team I & Team II and Team I wins the bid, then Team I decides the word or phrase (depending upon the pre-decided theme e.g. business personalities or Biz Jargon) and calls one member from the other team, i.e. Team II. They tell him in secrecy the pre-decided word or phrase or name. (The slip of paper with the secret phrase/word is revealed to one member of the other team, the “actor”, but kept secret from the remainder of the other team, the “guessers”.) The moderator should be vigilant here and reinforce the rules, theme relevance and importance of teamwork.

7.The identified member from Team II has to enact the business personality name or the buzzword chosen via his body language; without any lip movement and explain to the remaining members of his team. The more lucid the explanation by the actor, the more is the learning.

8.Others in his team have to guess the name of the business buzzword or personality by following the actor’s gestures. This becomes a typical case of iterative learning.

9.Pre-defined gestures for the most common of words, like–Male/Female, old/new, World/Indian/other etc. can be agreed between the Teams, beforehand.

10.The actor has a limited period of time (as pre-decided) in which to convey the secret business phrase or keyword to the guessers by plain pantomime.

11.The actor cannot make any sounds during lip movements. The actor cannot point out at any of the objects present in the scene, as by doing so they can unduly be helping their teammates.Discipline and compliance to rules are the primary take-away here.

12.The actor may be allowed to make any gestures other than blatantly spelling out the word.

13.The guessers are allowed to attempt to guess the word or phrase based on the actor’s performance. They can ask questions, to which the actor may give non-verbal responses, such as nodding in confirmation. If any of the guessers says the correct word or phrase within the time limit in the literal form as written on the slip, then their team wins that round.

14.If the topic or phrase is not guessed when the time limit expires, the team that produced the secret phrase wins the round. The impact of the final truth would be remembered by the group- forever. Here the process of knowledge discovery remains as a live mnemonic with all the participants. The mulling together here creates cohesive teamwork.

15.Whenever a team member is guessing right, the actor should point at him and nod affirmatively. This reinforces appreciation and motivates the team as a whole.

16.The game moderator should double-up as an umpire who can ensure that all the rules of the game are fairly being followed and can also keep a track of time-keeping and scoring. He would involuntarily represent the Leader’s presence.

17.The scoring can be done in multiple ways-
A.Award 10 points to the team for each successful guess of theirs within the agreed time-frame.
B.In case a team fails to guess, do not award any points or deduct 5 or 10 points from their score.
C.If a team bids 20 seconds and does it successfully within 20 seconds, they get 100 points. If they are not able to do it in 20 seconds, they may get negative marks e.g. -50
D.The team with maximum positive points in the end, Wins!

18.The teams alternate until each team member has had an opportunity to be the actor. Here the entire team’s participation is highlighted.

Some conventions may also be evolved as per the organization’s learning objectives and used for Dumb Charades as a capability enhancement tool:

•‘Attitude’ may be signaled by steeping index fingers together.
•Following it with either the stretching rubber band sign or “close, keep guessing!” sign, will often elicit ‘and Altitude’. (For the phrase “Attitude decides your Altitude’).
•An alternate sign for “close, keep guessing” would be to turn a single hand in circles as if saying come on you can do it.
•‘I or Ego’ can be signed by pointing at one’s eye, or one’s chest.
•‘Teamwork’ may be signed by making a “T” sign with the index fingers. The “close, keep guessing!” sign will then usually elicit a rigmarole of other very common words starting with ‘Think-tank or Taskmaster’.
•Pretending to paddle a canoe can be used to sign the word “Go With The Flow.”
•‘Thumbs Up’ can be used to represent “Leader” whereas ‘Thumb Down’ can be used to represent a “Follower”. A ‘horizontal thumb’ can be used for “Indifferent Character” .
•To show the number of words in the name of the topic, one may take out and show the same number of fingers. For eg., to show “4 Ps of Marketing” show 4 fingers first, followed by the sign of “P”.
•The gesture for rhyming words (similar sounding words) can be the touch the ear.
•Rules may also vary as to which business phrases may be allowed; single common words may be restricted to nouns as found in lexicons. This highlights another aspect of the learning objectives.

Dumb Charades can add a whole lot of entertainment and learning to all kinds of Training Topics.

Hope to see the “Dumb Charades way of learning” take off in organizations! 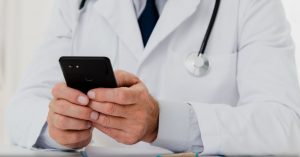