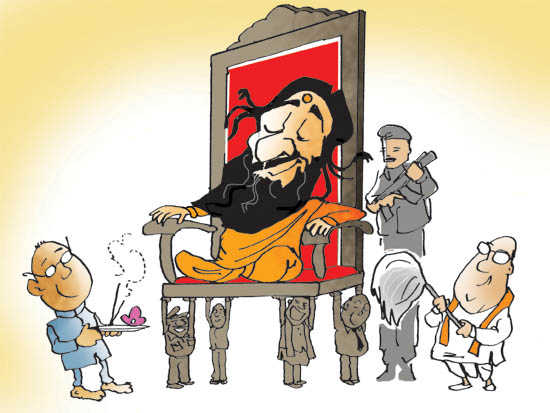 When you accept a free biryani, desi jugaad or paneer halwa with a 500/- or 2000/- PayTm bribe during election days remember you’re part of the gang raping democracy, and help the real anti-nationals killing or throwing out many good social change forces. Looking at dark sides of our civilization’s history (last 2000+ years) of internal infighting over empires and greatness, results can be even more darker for our future generations! Where does all these money & power comes from? Not from great celebrities and famous election bond cronies of our times?

A struggling common man will surely wonder about the need for such huge showcase of wealth / investments and what are the modes these popular contractors of democracy deploy for wealth creation (ROI) once on the chairs. Looting money out of pet schemes, ambani crony contracts, public asset sellouts, pumped budgets, inflation taxes, outlay for gurus, distributing nationalist certificates, feku branding, capital packages and many such avenues are the best known recovery practices. Is it an indirect democracy cess or self-feeding mechanism for the corrupt?

Is it not naive to expect politicians to talk to the people and explain issues being like just one of them? They are accountable for explanations by occupying the positions they do, but the wistful tone that asks for explanations sounds naively expectant to us. With social media giants taking over hype games, now see all party #जुमलेबाजी every hour to please, bribe, lure voters in 365 days election fever each year for a 1 minute digital button press or easy smart swipe, direct or indirect!

Bombarding a few poor struggling and underground opposing activists with full might of state defense are just one of the ways to deviate and ignore the real culprits – the corrupt assholes who are responsible for worse situations, which pushes many proud communities to adopt extreme practices and sacrifices for survival of humanity and morality, mostly these humane groups are not the vote-bank who may also be scaring the profiteering media away – no gain out of bitter minority wisdom, why pain? Do not eradicate poverty or inequality or dream to redevelop nature, bombarding the corrupt class & co which occupies most prime estate jungles is real dharma, who gets hyper active as any election approaches. All other bad things and side-affects will surely get auto-fixed.

For/of/by the Election Victory Machines: Even as Indian democracy & economy is becoming somewhat vibrant, important issues in recent elections was whether we had substituted the crony socialism of the past with crony capitalism, where the rich celebs and the influential are alleged to have received land, natural resources, kickbacks, indirect state endorsements, tender / contracts in return for payoffs to venal politicians. By killing transparency and competition, crony capitalism is harmful to free enterprise, equal opportunity, and balanced economic growth. Substituting special interests for public interest is harmful to democratic or nationalistic expressions. If there is some truth to these perceptions of crony capitalism, a natural question is why people tolerate it. Why do they vote for the venal politician who perpetuates it?

A widely held hypothesis is that India suffers from want of good people in politics baring few upstanding people in politics. But even assuming it is true, every so often we see the emergence of a group, usually upper middle class professionals, who want to clean up politics. But when these good people stand for election, they tend to lose their deposits. Does the electorate really not want squeaky clean government? Tolerance for the venal politician is because he is the robin-hood (दबंग) crutch that helps the poor and underprivileged navigate a system that gives them so little access. This may be why he survives, Ex-RBI governor said sometime back.

While the poor do not have the money to purchase public services that are their right, they have a vote that the politician wants. The politician and its hired gangs of headless Karyakarta (just like finance scheme agents) does a little bit to make life a little more tolerable for his poor constituents – a government contract here, an FIR registered there, a land right or AADHAR card somewhere else. For this, he gets the gratitude of his voters, and more important, their vote.

Democracies benefit only when Progressive Socially Left ideas (like of giving books) are much more mainstream vs corporatism power center enjoying taxes from book publishers, US / Europe are not black and white democracies, they’ve learned many lessons including the World Wars in very hard ways. We are privileged to quickly learn mixing our strong vedic nector. Never endorse a messy third-world trying to mock American way of pure capitalist lifestyles, where motivated bhakts tag our indigenous social or left ideologies as some anti-national for selfie development commissions from big investors. Manipulate its paid network of chanakya’s wolves to hallucinate the sucked ignorant masses for a few days during every voting season.

Comments and rational views for or against this article are welcome.

In what ways you can learn from spying competitors? 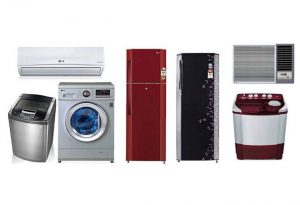