Economists, bankers, investment funds and financiers are taking a huge interest in the environmental crisis. They say they can protect the planet their way – with money. We see how since the Industrial Revolution we have heavily depleted our natural resources, polluted the planet, and how we are now losing endangered species while adding our species at alarming rates. To satisfy our greedy material demands, we use the resources of one-and-a-half Earths, multiplying our own populations in competition. At this rate, by 2030, we’ll be using resources equivalent to two-and-a-half Earths. By 2048 the last fish will be pulled from the ocean.

By examining the commercialization of nature, something that has been in the making for nearly 50 years, we speak to the biggest players in this global arena – the economists championing a “green” economy and the environmentalists challenging it. We question whether nature can be priced and if a new economic order really helps the planet, or simply encourages the depletion of natural resources and species.

We explore how the laws of the market are being applied to endangered species, and how their protection is now in the hands of “mitigation banks”. One such bank in the US has made more than $20m by buying part of the habitat of America’s first endangered fly. Businesses that want to develop there must offset any environmental impact by investing in the fly’s protection. Any business whose activity harms an area protected by a mitigation bank must pay: There are lizard credits, cacti credits, prairie dog credits.

But these banks also choose which species they will save or will let die – it’s an ironic choice dictated by additional profit for capitalists.

Construction in Brazil – A Breakthrough Progression 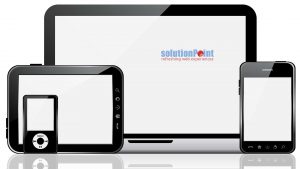