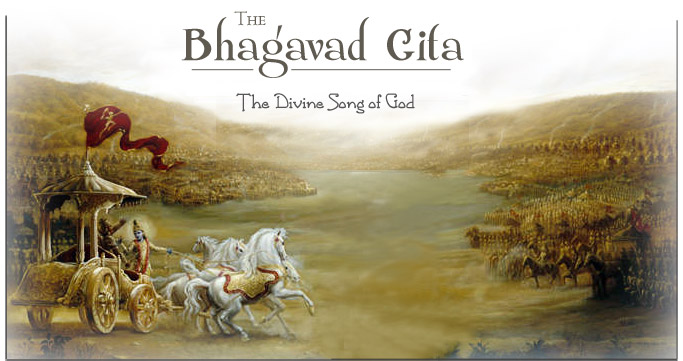 Normal adults changing birth religions are mostly fakes who do not value morals, nature, culture, humanity and ethics in life. If you cannot take out basic bad instincts from within your conscious or sub-conscious mind, no religion can help. I consider Hinduism as a natural, logical, satisfying, spiritual, personal and scientific way of living life.. though some sanitized and commercialized super humans, religious brands and its worshipers will like to mock, but who cares! Vedic scriptures, viral myths & vocal preaching taught us the existence of many gods, modern cow is just one of them!

If jihadi bhakts promoting their fancy हिन्दुत्व empire are looking for a one God religion for uniformity in imperial branding, they must be marked as evils / demons by real a Hindu, and should wisely be allowed to create their own religious kingdom elsewhere or easily convert to another suitable religion instead of trying to spread divisions, conformity fear and terror among the peace-loving citizens. If today’s confused commoners cannot even choose a civil municipal councilor with an uniform social maturity how can they evaluate complex diverse religions? Learning from Islamic preachers, such ambassadors are just reselling life concepts for vested interests.. read between their marketing communication lines.

The best advise does not always come from greatest money makers or celebrities buying media sound bytes 24/7, add to it success have many colours, meanings and enemies. So don’t aim or lust for success if you want it; just do what you love, humane and believe in, and it will come naturally. If not, you can depart convinced that good times (अच्छेदिन) are gone, but never compromise on basic ideals and heritages of our great civilization. Value based efforts are more peaceful than custom mantras. Wise natives do not search for some Godmen, Capitalism Gurus, Paid Sevaks, Offshoot Conditioners, Political Babas, Gau Pracharaks, Selfie Bhakts, Promoted Pandits, Paid Media Jokers or similar jugaad service providers who claim to teach, preach, enlighten, hallucinate, and what not.

A Hindu was flying from JFK New York Airport to SFO San Francisco Airport CA to attend a meeting at Monterey, CA. An American girl was sitting on the right side, near window seat. It indeed was a long journey – it would take nearly seven hours. He was surprised to see the young girl reading a Bible unusual of young Americans.

After some time she smiled and we had few acquaintances talk.
He told her that I am from India

Then suddenly the girl asked: ‘What’s your faith?’ ‘What?’ He didn’t understand the question.
‘I mean, what’s your religion? Are you a Christian? Or a Muslim?’
‘No!’ He replied, ‘I am neither Christian nor Muslim’.

Apparently she appeared shocked to listen to that. ‘Then who are you?’ “I am a Hindu”, He said.

She looked at him as if she was seeing a caged animal. She could not understand what He was talking about. A common man in Europe or US knows about Christianity and Islam, as they are the leading religions of the world today.

But a Hindu, what?

He explained to her – I am born to a Hindu father and Hindu mother. Therefore, I am a Hindu by birth.

‘Oh, come on at least tell me who is your God?’
‘What do you mean by that?’
‘Like we have Jesus and Muslims have Allah – don’t you have a God?’

He thought for a moment. Muslims and Christians believe one God (Male God) who created the world and takes an interest in the humans who inhabit it. Her mind is conditioned with that kind of belief.

According to her (or anybody who doesn’t know about Hinduism), a religion needs to have one Prophet, one Holy book and one God. The mind is so conditioned and rigidly narrowed down to such a notion that anything else is not acceptable. He understood her perception and concept about faith. You can’t compare Hinduism with any of the present leading religions where you have to believe in one concept of God.

This sounded very crazy to her. She couldn’t imagine a religion so unorganized, still surviving for thousands of years, even after onslaught from foreign forces.

‘I don’t understand but it seems very interesting. Are you religious?’

What can He tell to this American girl?

He said: ‘I do not go to Temple regularly. I do not make any regular rituals. I have learned some of the rituals in my younger days. I still enjoy doing it sometimes’.

‘Enjoy? Are you not afraid of God?’

‘God is a friend. No- I am not afraid of God. Nobody has made any compulsions on me to perform these rituals regularly.’

She thought for a while and then asked: ‘Have you ever thought of converting to any other religion?’

‘Why should I? Even if I challenge some of the rituals and faith in Hinduism, nobody can convert me from Hinduism. Because, being a Hindu allows me to think independently and objectively, without conditioning. I remain as a Hindu never by force, but choice.’ He told her that Hinduism is not a religion, but a set of beliefs and practices. It is not a religion like Christianity or Islam because it is not founded by any one person or does not have an organized controlling body like the Church or the Order, I added. There is no institution or authority.. though some branded cronies and profiteers from religious business schools had always attempted many times during five thousand plus years of our recorded history.

‘So, you don’t believe in God?’ she wanted everything in black and white.

‘I didn’t say that. I do not discard the divine reality. Our scripture, or Sruthis or Smrithis – Vedas and Upanishads or the Gita – say God might be there or he might not be there. But we pray to that supreme abstract authority (Para Brahma) that is the creator of this universe.’

‘Why can’t you believe in one personal God?’

‘We have a concept – abstract – not a personal god. The concept or notion of a personal God, hiding behind the clouds of secrecy, telling us irrational stories through few men whom he sends as messengers, demanding us to worship him or punish us, does not make sense. I don’t think that God is as silly as an autocratic emperor who wants others to respect him or fear him.’ He told her that such notions are just fancies of less educated human imagination and fallacies, adding that generally ethnic religious practitioners in Hinduism believe in personal Gods. The entry level Hinduism has over-whelming superstitions too. The philosophical side of Hinduism negates all superstitions.

‘Good that you agree God might exist. You told that you pray. What is your prayer then?’

‘May all the beings in all the worlds be happy. Let there be Peace, Peace, and Peace every where.’

‘Hmm ..very interesting. I want to learn more about this religion. It is so democratic, broad-minded and free’ she exclaimed.

‘The fact is Hinduism is a religion of the individual, for the individual and by the individual with its roots in the Vedas / Upanisads and the Bhagavad-Gita. It is all about a person approaching a personal God in an individual way according to his temperament and inner evolution – it is as simple as that.’

‘How does anybody convert to Hinduism?’

‘Nobody can convert you to Hinduism, because it is not a religion, but it is a culture, a way of living life, a set of beliefs and practices. Everything is acceptable in Hinduism because there is no single authority or organization either to accept you or to reject you or to oppose you on behalf of Hinduism.’

He told her – if you look for meaning in life, don’t look for it in religions; don’t go from one cult to another or from one Guru to the next.

For a real seeker, He told her, the Bible itself gives guidelines when it says ‘ Kingdom of God is within you.’ I reminded her of Christ’s teaching about the love that we have for each other. That is where you can find the meaning of life.

Loving each and every creation of the God is absolute and real. ‘Isavasyam idam sarvam’ Isam (the God) is present (inhabits) here everywhere – nothing exists separate from the God, because God is present everywhere. Respect every living being and non-living things as God. That’s what Hinduism teaches you.

Hinduism is referred to as Sanathana Dharma, the eternal faith. It is based on the practice of Dharma, the code of life. The most important aspect of Hinduism is being truthful to oneself. Hinduism has no monopoly on ideas. It is open to all. Hindus believe in one God (not a personal one) expressed in different forms. For them, God is timeless and formless entity.

Ancestors of today’s Hindus believed in eternal truths and cosmic laws and these truths are opened to anyone who seeks them. But there is a section of Hindus who are either superstitious, corrupt, self-proclaimed god-man or turned fanatic to twist world’s oldest faith system into an organized and monolithic religion like others. The British coined the word ‘Hindu’ and considered it as a religion.

He said: ‘Religions have become an MLM (multi level marketing) industry that has been trying to expand the market share by conversion. The biggest business in today’s world is Spirituality. Hinduism is no exception’

He said “I am a Hindu primarily because it professes Non-violence – ‘Ahimsa Paramo Dharma’ means – Non violence equals to real worship of God.  In some situations, I also believe that “Tolerance of injustice upon you and kindness to devil, both are nothing but ignorance & cowardice. Raise the arm and fight it, enemy may have its own reasons to retaliate or shame you. – Gita” I am a Hindu because it doesn’t condition my mind with any faith system, god has not authorized any human or organization under the sun to be owner of our faith system. Be fearless, contribute towards a better world each day and move forward.

Do you know who owns your house? 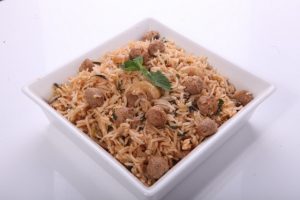 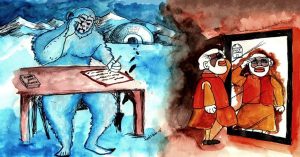 5 thoughts on “Why I am a Hindu without following any brand of Godman, Guru or Baba?”