The research title “Food and Grocery Retailing in China-Market Summary & Forecasts” is a detailed sector report providing a comprehensive analysis of the emerging trends, forecasts and opportunities to 2020. Both qualitative and quantitative insights and analysis of the shifting food and grocery retail dynamics for drinks, household products, packaged food, tobacco and unpackaged food from 2010 to 2020 have been covered.

As urbanization and rising disposable incomes along with a huge population of roughly 1.4 billion, maintains to expand China’s consumer market, the country’s retail grocery market is also evolving. While traditional markets are still present in China, consumers have diminished preference for them as these markets are increasingly facing competition from modern grocery retail formats, such as hypermarkets, supermarkets and convenience stores.

Supermarkets and hypermarkets are the market dominators of some larger cities, and their continued expansion to even smaller cities is expected to further drive competition in the grocery retail sector. Of the various retail channels, hypermarkets are expected to have the most growth potential in the Chinese market followed by the convenience stores due to rising disposable incomes and consumer’s preferences for convenience and modernized lifestyles. These factors are also expected to expand the opportunities for packaged food sales in the Chinese market. Products that address other consumer concerns, such as health and food safety, may be particularly promising. Internet retailing also continues to expand its presence in the market. In-fact, online spend on food and grocery is projected to grow at a CAGR of 34.03% during 2015-20.

Source: National Bureau of Statistics of China
The consistent growth in the GDP per capita is a major factor contributing to the growth of the hypermarkets and convenience stores in China. Convenience stores offer speed of service to time-starved consumers who want to get in and out of the store quickly. These shoppersrecognize this channel of trade for its convenient locations, extended hours of operation, one-stop shopping, variety of merchandise and fast transactions. Despite small operating areas, the product range is still quite broad.
China’s food and grocery retail market is dominated by local players of the country like CRE Ltd, Walmart, RT Mart etc.

Chinese grocery sales are set to grow by a third between now and 2020, according to forecasts from the Institute of Grocery Distribution.
The Chinese grocery market has proved challenging for western supermarket chains, with Tesco failing to make it alone on the mainland despite an ambitious program of building so-called “lifestyle malls”, anchored by Tesco stores. Walmart has struggled with food safety issues in China — a market where foreign brands trade on their reputation for quality, so any safety flaws are particularly bad for brand image.

Key Macroeconomic Trends Expected to Drive Growth of China Food Retail Sector
The food and grocery retailing market in China is forecast to grow at a CAGR of 11.17%, to reach an estimated value of CNY25982 billion in 2020. Modernization of Lifestyles, Urbanization and rapid and consistent increase in the disposable incomes are some of the major factors expected to drive growth of the Chinese Food and Grocery Retail sector. Apart from these, we also have few other factors that can be associated to this growth:

•The Ministry of Commerce of China is encouraging retailers to establish direct procurement bases across China to increase traceability and supply fresh produce to local residents.

• China’s regulatory responses to food safety concerns are many. For example, the “Further Supervision of Baby Milk Formula Quality” policy in June 2013 resulted in many local milk formula manufacturers exiting the market and later applied both antitrust legislation as well as price controls on the industry. The retail sale of unpackaged oils and fats as well as bulk dry fruits and nuts is also now banned in most locations.

• The Ministry of Commerce’s scheme to introduce modern retailing to rural areas since 2006 is designed to provide those residents with high-quality products at competitive prices in clean and tidy shopping environments, in an attempt to move grocery shopping away from wet markets and small, independent outlets.

To know more on coverage, click on the link
kenresearch.com/consumer-products-and-retail/wholesale-and-retail/food-grocery-retailing/29892-95.html 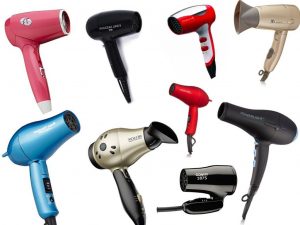