A floating Linux data center – armed with missiles and robot guns. The $3.5 billon ship is designed for stealth, survivability, and firepower, and at the heart of its operations is a virtual data center powered by off-the-shelf server hardware, various flavors of Linux, and over 6 million lines of software code.

An advanced operations center, where the ship’s commanding officer and crew will control the ship’s sensors, missile launchers, guns, and other systems. Every console equipped with touch screens and software capable of taking on the needs of any operator on duty, and big screens on the forward bulkhead will display tactical plots of sea, air, and land.

Those ruggedized server rooms are called Electronic Modular Enclosures (EMEs), sixteen self-contained, mini data centers. Measuring 35 feet long, 8 feet high, and 12 feet wide, the 16 EMEs have more than 235 equipment cabinets (racks) in total. The EMEs were all configured and pre-tested before being shipped to be installed aboard. The EME approach lowered overall cost of the hardware itself, and allows to pre-integrate systems before they’re installed. Each EME has its own shock and vibration damping, power protection, water cooling systems, and electromagnetic shielding to prevent interference from the ship’s radar and other big radio frequency emitters.

The EMEs tap into the Total Ship Computing Environment, running multiple partitioned networks over a mix of fiber and copper, TSCE’s redundantly switched network system connects all of the ship’s systems – internal and external communications, weapons, engineering, sensors, etc. – over Internet protocols, including TCP and UDP. Almost all of the ship’s internal communications are based on Voice Over IP (with the exception of a few old-school, sound-powered phones for emergency use). 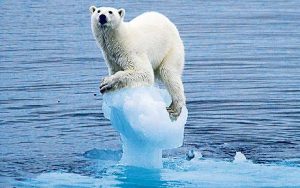