Badrinath has an average elevation of 3415 metres (11204 feet). It is in the Garhwal hills, on the banks of the Alaknanda River. The town lies between the Nar and Narayana mountain ranges and in the shadow of Nilkantha peak (6560m). Badrinath is located 301 km north of Rishikesh. From Gaurikund (near Kedarnath) to Badrinath by road is 233 km.

Badrinath was re-established as a major pilgrimage site by Adi Shankara in the ninth century. In recent years its popularity has increased significantly, with an estimated 600000 pilgrims visiting during the 2006 season, compared to 90676 in 1961. The temple in Badrinath is also a sacred pilgrimage site for Vaishnavites.

Badrinath has been mentioned as a holy place in scriptures and legends for thousands of years. According to the Bhagavata Purana, “There in Badrikashram the supreme being (Vishnu), in his incarnation as the sages Nara and Narayana, had been undergoing great penance since time immemorial for the welfare of all living entities.” (Bhagavata Purana 3.4.22)

Badri refers to a berry that was said to grow abundantly in the area, and nath means “Lord of”. Badri is also the Sanskrit name for the Indian Jujube tree, which has an edible berry. Some scriptural references refer to Jujube trees being abundant in Badrinath.

The Badrinath temple is the main attraction in the town. According to legend Shankara discovered a black stone image of Lord Badrinarayan made of Saligram stone in the Alaknanda River. He originally enshrined it in a cave near the Tapt Kund hot springs. In the 16th century, the King of Garhwal moved the murti to the present temple.

What 1 GB of Internet costs in Africa? 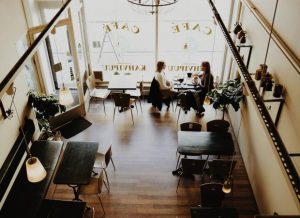