A big question was how the stressed housing projects would be selected as beneficiaries under the scheme in the absence of clearly defined terms. The real estate business was on Thursday grappling with the semantic differences between a stalled project – which falls within the scheme’s ambit – and a delayed one. Under the plan, Govt will provide Rs 10000 crore and the remaining Rs 15000 crore will come from the LIC, SBI and a clutch of sovereign and pension funds.

Since it wasn’t clear how the government would sieve delayed projects from stalled ones, different agencies gave varying estimates of the residential units that would benefit under the scheme. The hair-splitting becomes apparent in the estimate that Anarock Property Consultants has thrown up. It reckons that there are over 19 lakh under-construction homes in India but only 5.76 lakh units can be designated as stalled. It based its calculation on a simple parameter: these units were launched on or before 2013 and it usually ought not to take more than five years to complete them.

With stalled projects coming on stream, the demand-supply imbalance is likely to worsen and, if the overall housing demand does not witness a recovery, pricing pressure in the sector is likely to be exacerbated. The government has said only projects registered under the Real Estate Regulatory Authority (Rera) will be eligible for funds from the special window.

The fund will focus on the completion of affordable and middle-income housing projects. RERA act seeks to protect homebuyers by establishing an authority to regulate the real estate sector in each state. It also acts as an adjudicating body for dispute resolution. The decision is part of an overarching strategy to jump start the economy which slowed to a six-year low of 5% in the first quarter ended June 30. (Source: The Telegraph) 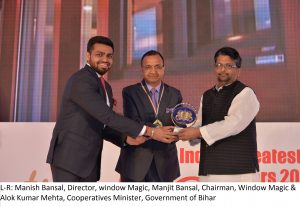