India Nutraceuticals Market Size
The revenues of India nutraceuticals market are observed to continuously increase at a CAGR of ~% during the period of six years from 2014 to 2019. In 2019, revenues of the overall India nutraceuticals industry including nutritional products such as dietary supplements and functional foods and beverages were recorded as USD ~ million. The increase in occurrence of lifestyle diseases such as type II diabetes, hypertension, cancer and others have created awareness about health and wellness especially among the middle class Indian population which is acting as one of the major drivers for nutraceuticals market in India. The growing trend towards preventive healthcare in the country has resulted in entry of diverse type of market players in the country.

By Dietary Supplements, and Functional Foods and Beverages
Functional foods and beverages dominated the Indian nutraceuticals market with revenue share of ~% in 2019. Presence of large number of undernourished population over the years, aging population and rising obesity has led to elevated prevalence of lifestyle diseases, which necessitates the consumption of functional foods and beverages, hence driving the market. Consequently, the market has observed the increased sales of functional yoghurt, fortified biscuits and bread, cereals, edible oil and functional gum.

By Distribution Channel
The mass merchandisers segment in India’s nutraceuticals distribution channel took lead by capturing maximum revenue share worth ~%, thus generating revenue worth USD ~ million in the year 2019. The mass merchandisers segment dominates the market majorly due to high presence of functional foods and beverages such as bourn vita, horlicks and Chyawanprash. India’s population has an increasing demand for wide variety of dietary supplements in large quantities, which was targeted by mass merchandisers fulfilling specific nutritional needs, hence assisting segment gain high revenue share in the market. Other major distribution channels include pharmacies, door-to-door sales, pharmacies and mail orders.

Dietary Supplements Segmentation by Type of Supplements
Vitamins and minerals dominated the market with revenue share of ~% in 2019. The intake of vitamins and minerals supplements has increased over the years due to the high prevalence of vitamin deficiency in India which has led to diseases such as arthritis, osteoporosis, osteopenia and others. In 2016, it was observed that ~% of Indians had deficiency of Vitamin D and ~% was insufficient. Arthritis affected ~% of the Indian population in 2014. Probiotics supplements market grew at CAGR of ~% from 2014-2019 and has been recorded as the fastest growing segment in the dietary supplement market of India. High consumption of tobacco, westernized food and spices coupled with malnutrition has resulted in large prevalence of digestive diseases in India. For management of such disorders, doctors are suggesting more use of probiotics to combat with the issue.

Functional Foods and Beverages Market Segmentation by Food Category
Health segment dominated the functional food and beverages market with a revenue share worth ~% in India functional foods and beverages market in year 2019. One in every five people in India has at least one chronic disease such as cardiovascular, respiratory and metabolic disorders. Doctors are prescribing more number of health foods to fulfill the deficiencies of nutrients which cause diseases. Digestive and energy boosters segment is observed to capture ~% and ~% of the total share in the revenue of functional foods and beverages in India respectively.

Competitive Landscape
Amway is leading India functional foods and beverages market by grabbing revenue share worth ~% in 2019, majorly due to its solidifying position in the energy drinks segment. The acquisition of XS energy brand in 2015 was one of the major driving forces behind generating such high revenues in India. Along with its well established brand “Nutrilite”, Amway majorly sells all plant protein powder in India functional foods and beverages market. Other major players operating in market include GSK and Herbalife.

Future Outlook and Projections
India nutraceuticals market is expected to witness growth at a CAGR of ~% during the forecast period of four years from 2019 to 2023. Domestic players though are expected to generate high revenue from the growing demand for natural supplements in the market whereas; international players are expected to generate revenue through increased awareness of their products. The international players have been observed to set up their manufacturing plants in India in recent years which are expected to benefit them during the forecast period as their products would be easily available, would have high visibility and would be more affordable. However, the growth is expected to decline in between 2021 and 2023 owing to the fact that market would be flooded with nutraceuticals by this period, and the companies would compete on the basis of price. Price sensitivity is expected to force even the market leaders to decrease the cost of their products in the market, which will result in lower revenue generation and declined growth rate. 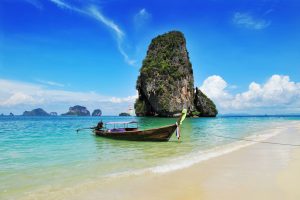 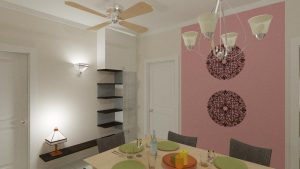 Interior Tips for everyone