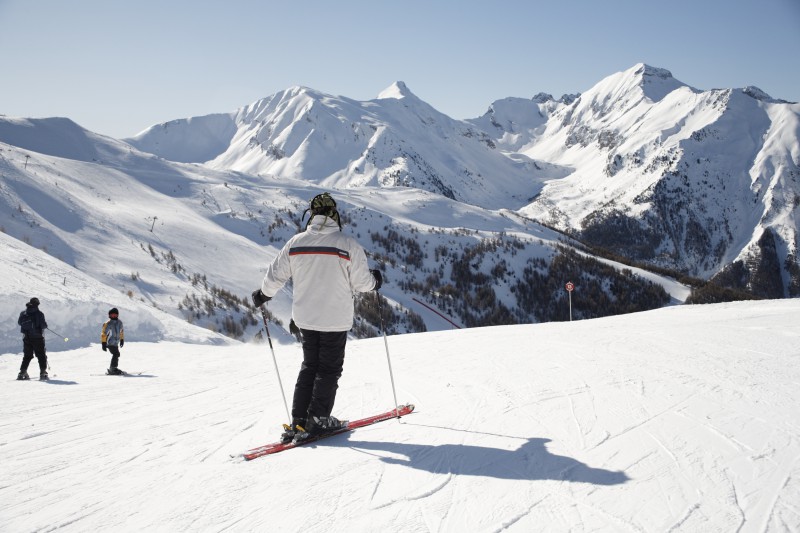 Les Deux Alpes is one of those resorts where you can initially struggle to discover just why it’s so popular with British skiers. Certainly it’s not the long straggle of an unremarkable village off the main road between Grenoble and Briançon.

But skiing and snowboarding on piste is possible here for much of the year. The resort opens from mid June to the end of August and again for French half term week at the end of October, before firing up the lift system for winter from the end of November until late April.

The off piste in adjoining La Grave is quite extraordinary, and Les Deux Alpes’ top altitude of 3,568m means that even in the worst winters for snow cover you are never in serious trouble here. True, the glacier simply doesn’t have the pitch of Tignes or Hintertux. But couple all that with some of the most vibrant après in France and the delightful lower village of Venosc (linked by gondola, but not by piste), and Les Deux Alpes begins to look positively attractive – and it’s about to get more so.

In two seasons’ time, Les Deux Alpes is poised to become one of the most exciting destinations in Europe. They’ve talked about it for 30 years, but it seems that the link to neighbouring Alpe d’Huez is genuinely destined to happen in 2018, ready by 2021. An 18-pylon gondola between the two will create a giant three-resort area (Les Deux Alpes is already linked to La Grave) with three glaciers. When the gondola opens, Les Deux Alpes will be thrust into the upper echelons of world-class ski areas.

It hasn’t always been like that. The resort opened in 1939 with one primitive rope-tow that sadly fell down within 15 minutes of the opening ceremony. Hostilities with Germany then got in the way of development and nothing much happened until the construction of a gondola in the late 1950s.

Since then Les Deux Alpes has become an important French resort. It trades successfully on its snow reliability and hosts summer and autumn camps on the glacier for skiers and snowboarders.

The resort sprawls along a narrow ledge that was once the summer domain of goat and sheep farmers. Venosc, with its narrow cobbled lanes, craft shops and enticing restaurants, is a pleasant contrast to what essentially is a purpose-built station de ski. As well as La Grave, it’s also possible to head off piste to St Christophe-en-Oisans, another ancient climbing community in this remote and beautiful corner of the Dauphiné.

0 comments on “Ski resort guide: Les Deux Alpes offers a long season, including summer skiing on the glacier in France”